Skip to content
Kimber Greenwood March 21, 2018 Elopements,Weddings
This elopement took place during a cold snap that we had this winter in downtown Alachua. Despite the chill, we got some lovely images and Sarah, the bride, was absolutely breathtaking! She made most of the decor- including her flowers- herself. These little personal touches added charm to their big day; I think the little honeypots were my favorite! 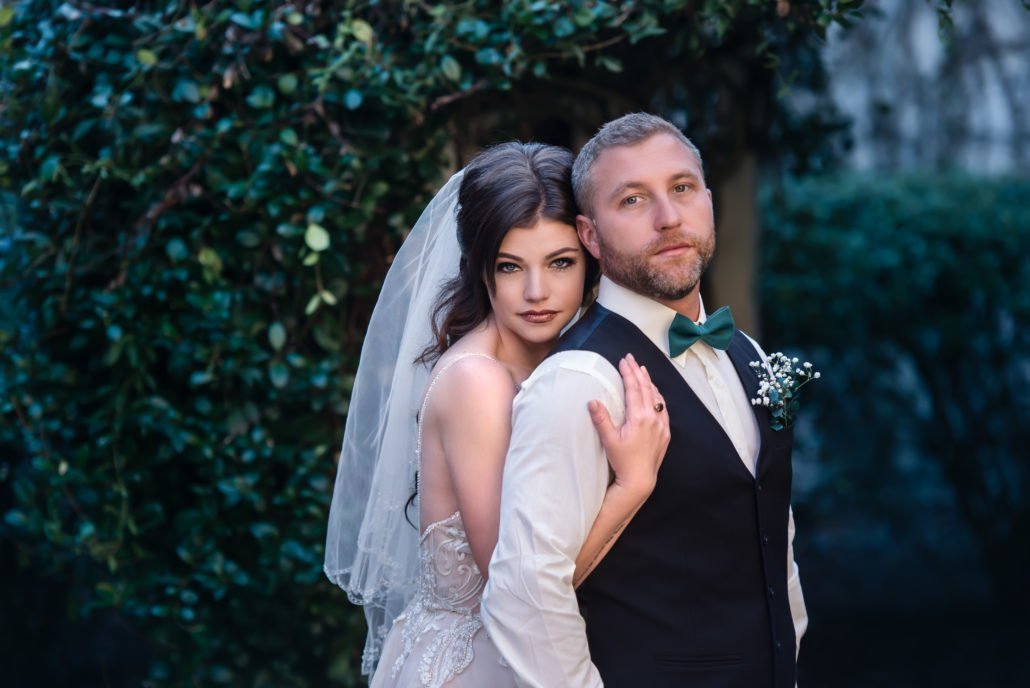 The venue is known as the Alan Hitchcock Theatre Park and it’s a tiny oasis tucked away in downtown Alachua. If you don’t know it’s there, it’s easy to miss. It’s a small courtyard featuring a vine-covered pergola and rustic brick archways.
Sarah and Jesse were such troopers for their formals! They were even willing to dash out under the stoplight for a quick snap (don’t worry, we had spotters watching for cars!). Afterwards, we realized that they’d been left without a car so we went into the quilt shop across the street to warm up. The owner graciously loaned my bride a quilt to wrap around herself and her dog gave her lots of attention.
Another neat thing about their day, was this tree filled with birds. I didn’t think too much of it at the time and almost didn’t include it in their album, but I thought it was neat that they stayed the entire ceremony. I later found out that Sarah’s late Grandmother had a special affinity for birds and that this shot meant more to her than I knew.
Overall, this wedding was absolutely one of my favorites that I’ve ever shot! Their children were such a pleasure and it was amazing to see this family formally joined! 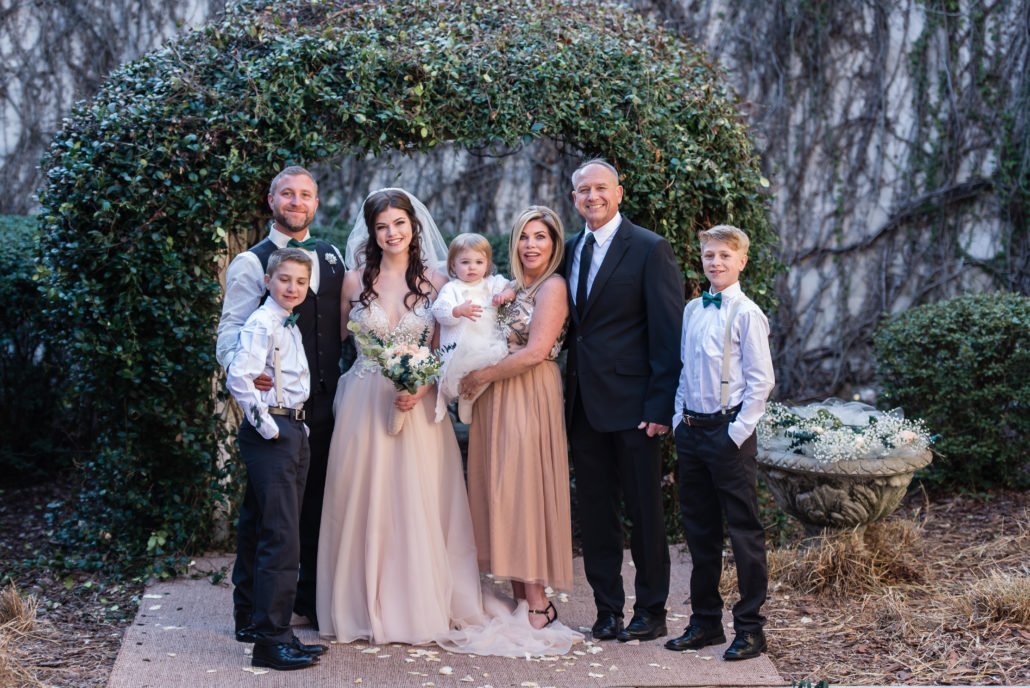 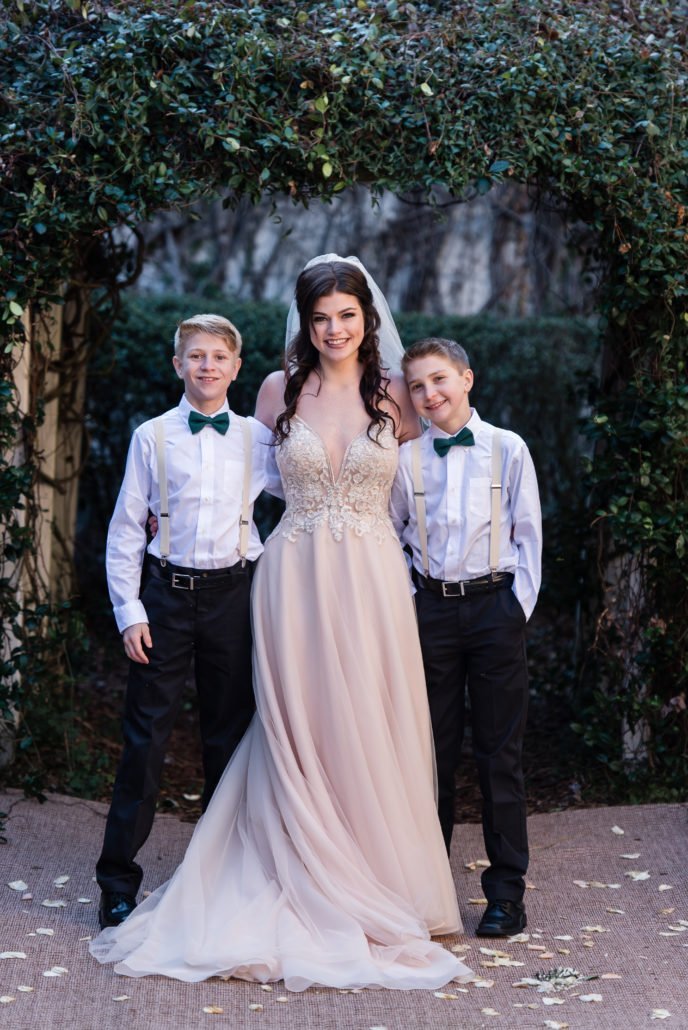 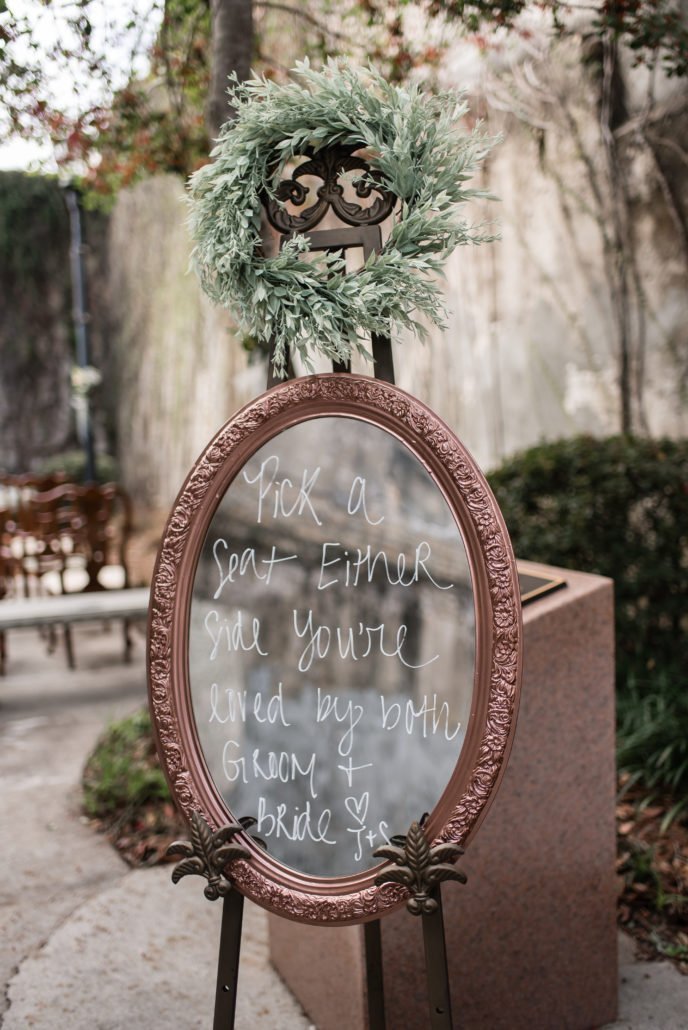 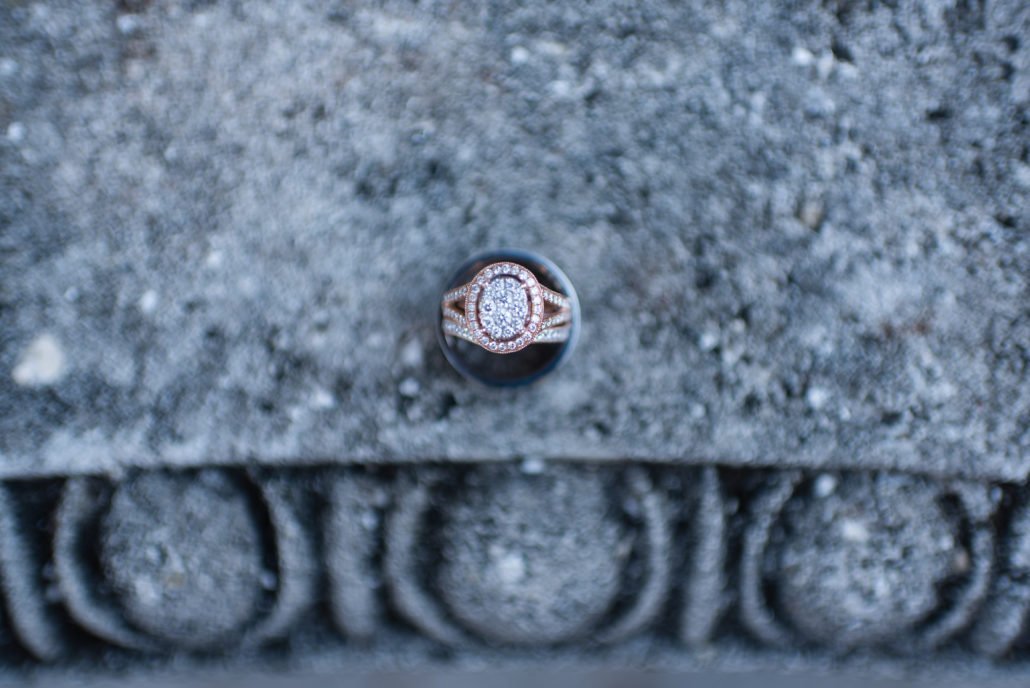 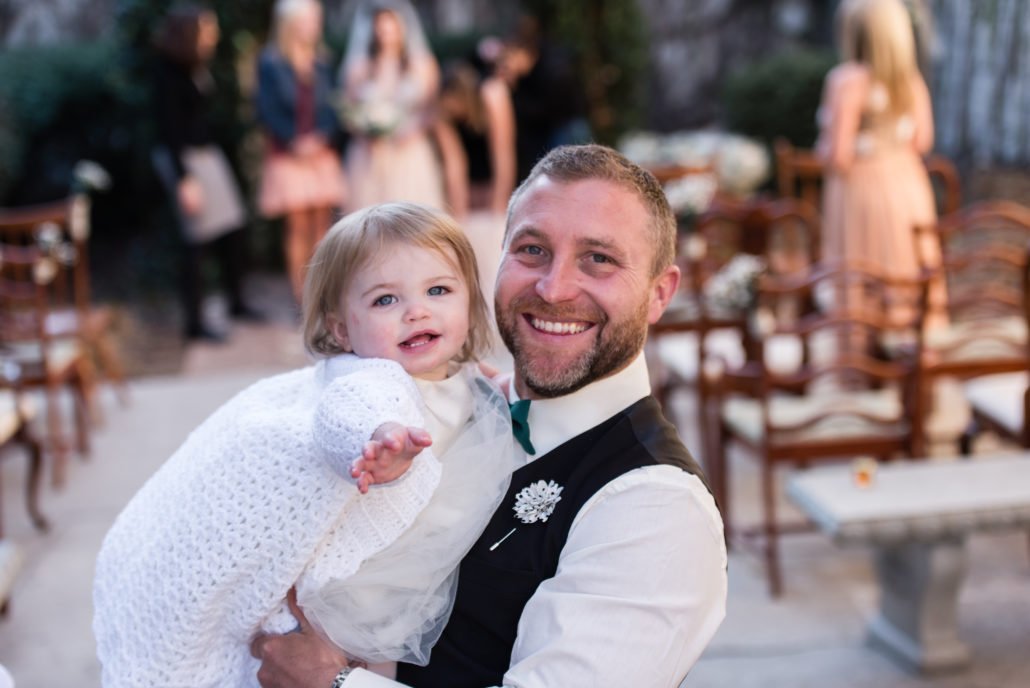 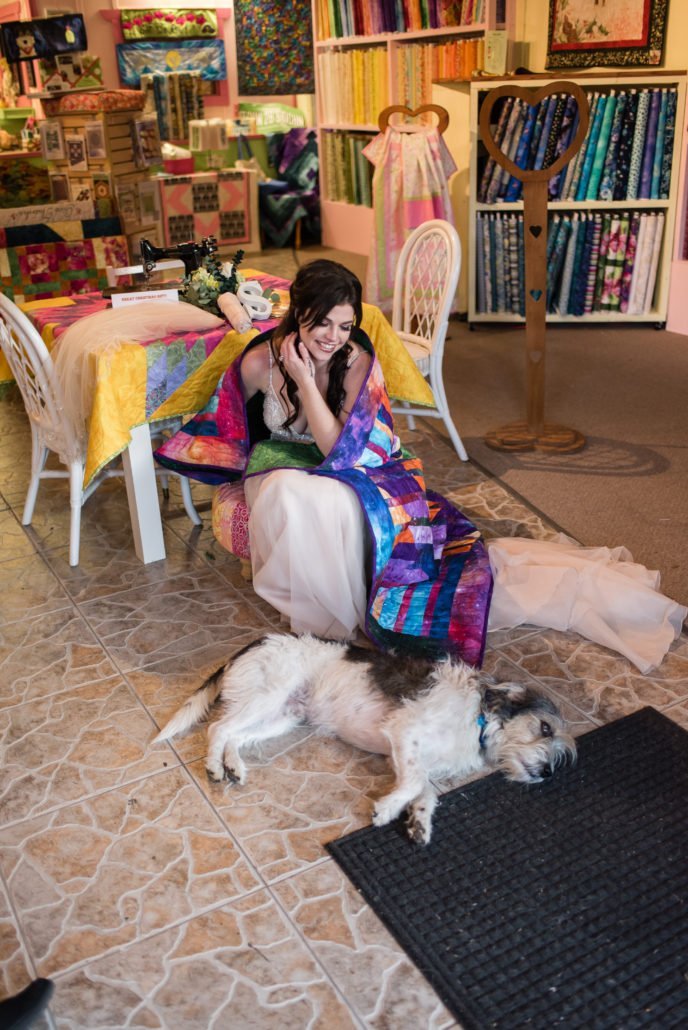 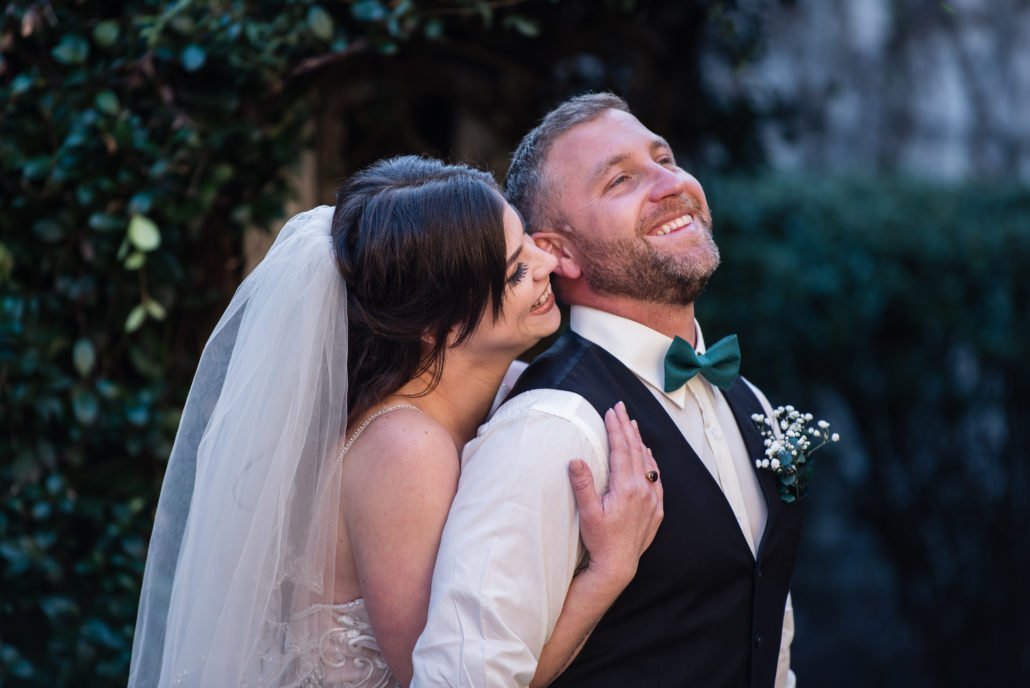 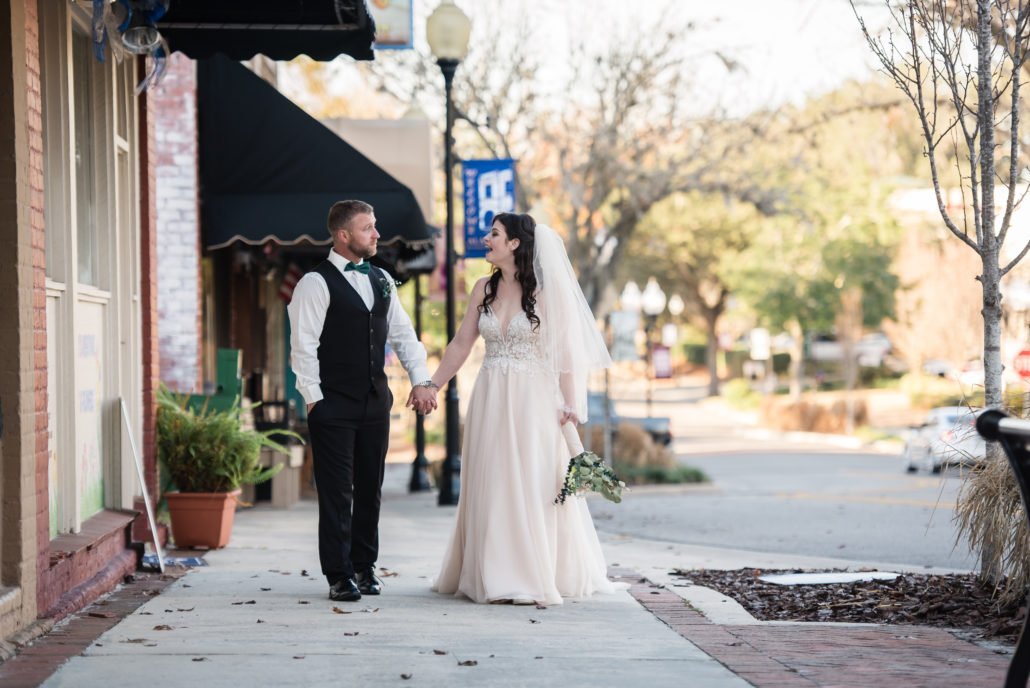 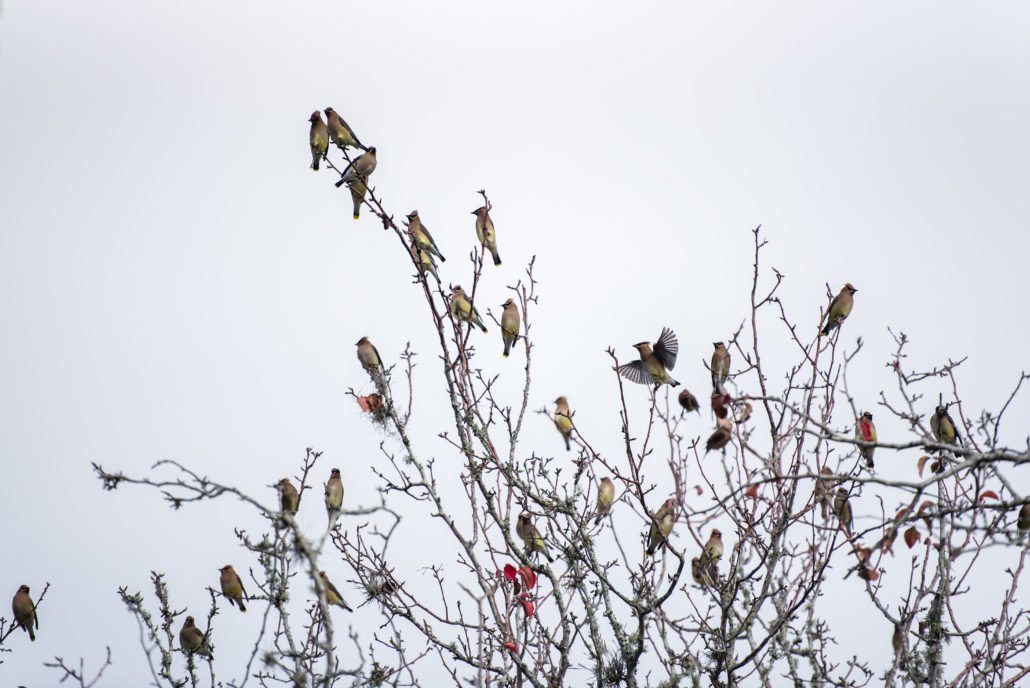 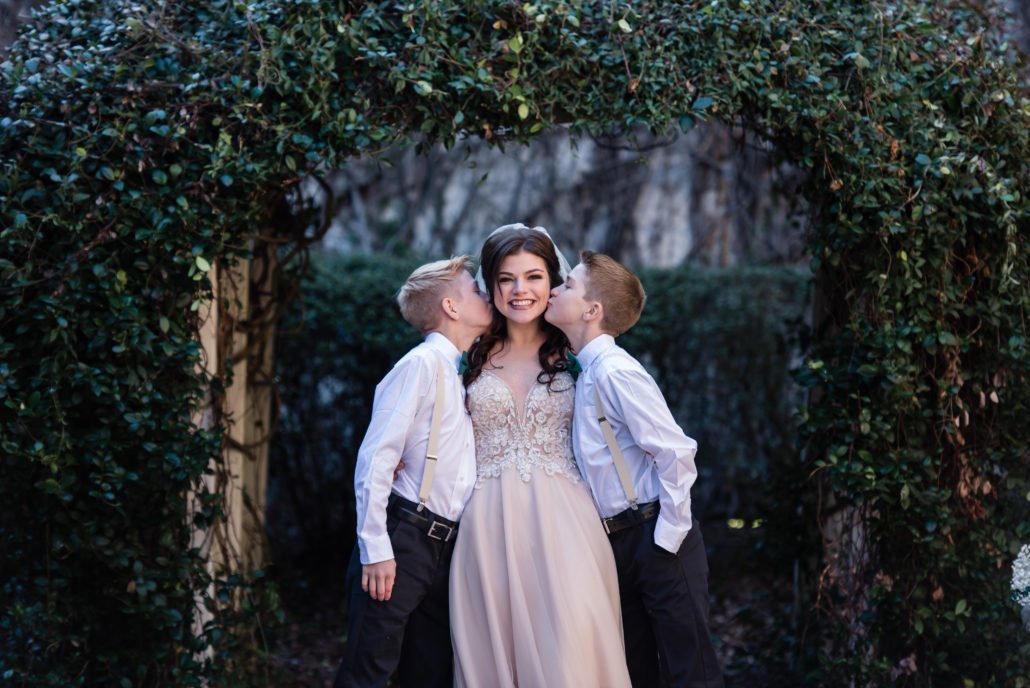 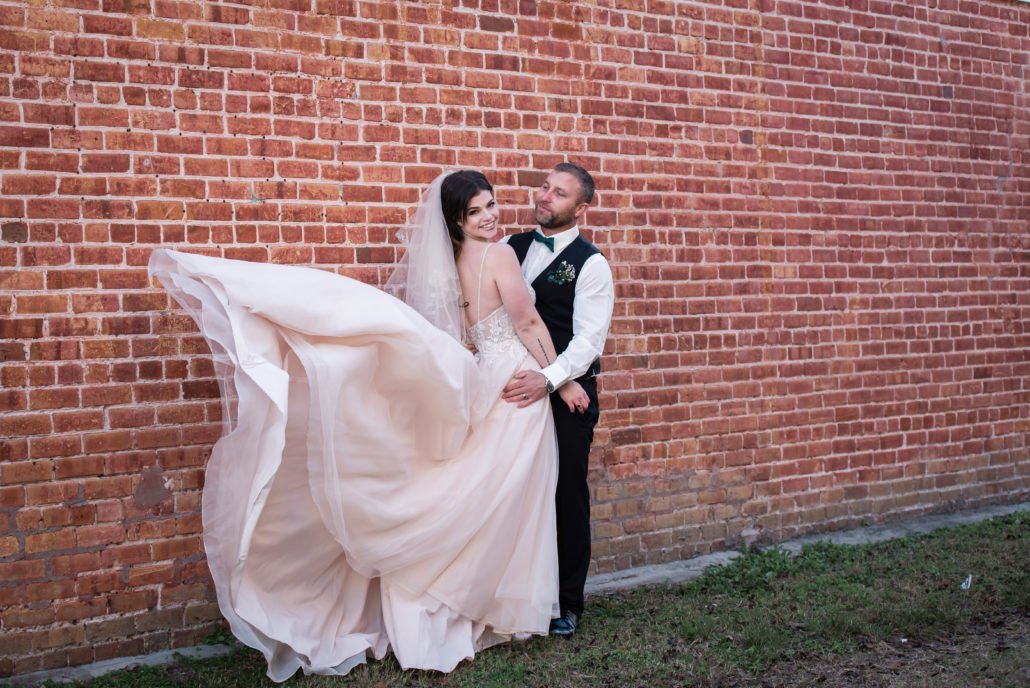 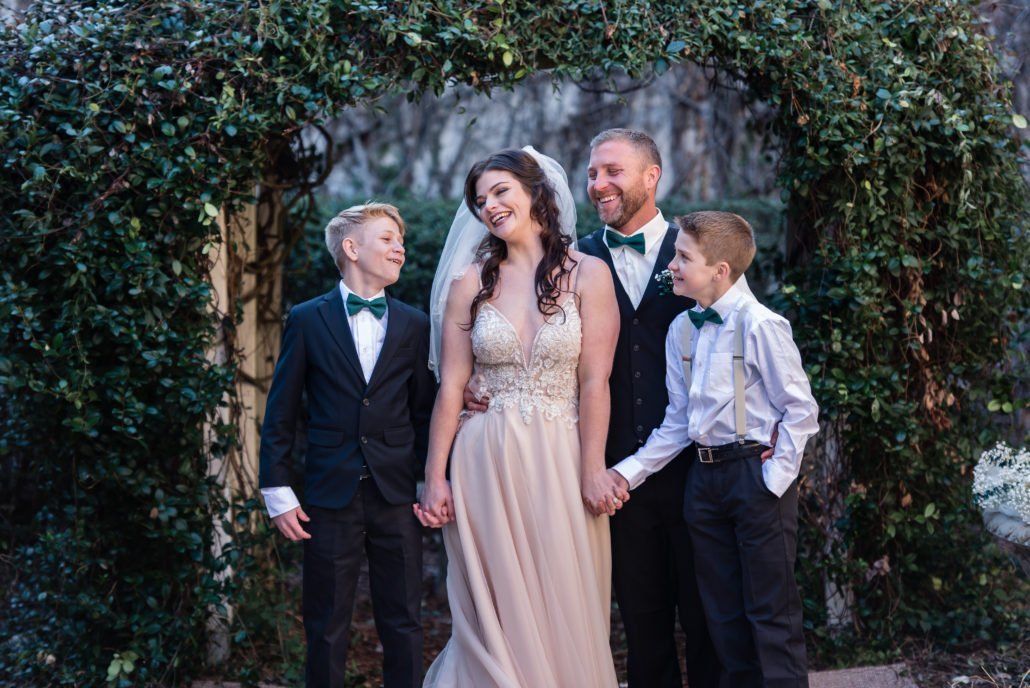 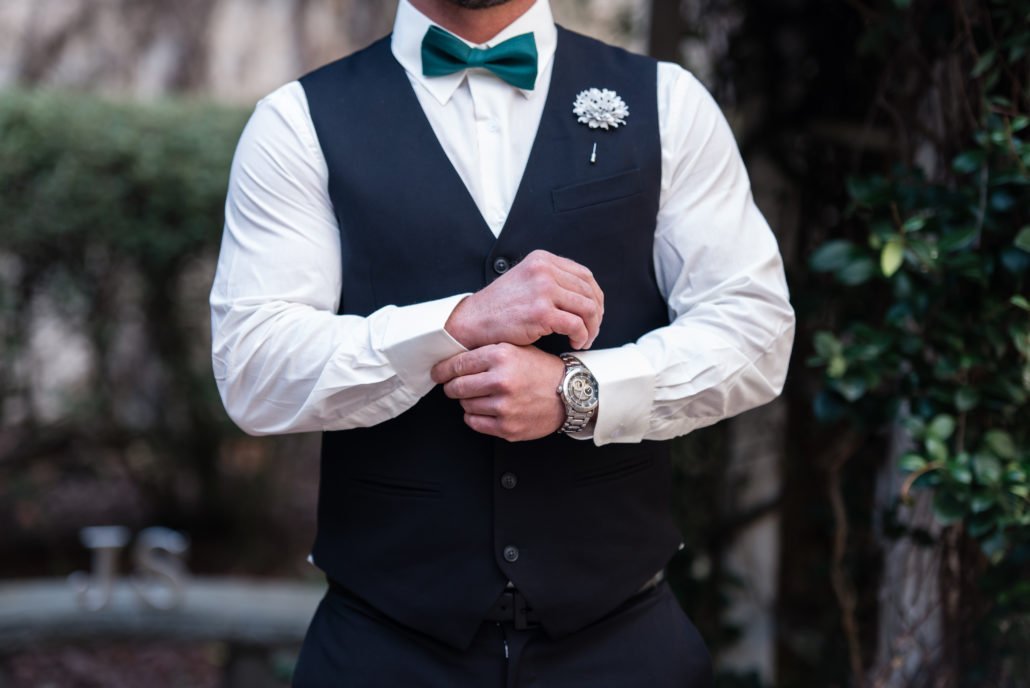 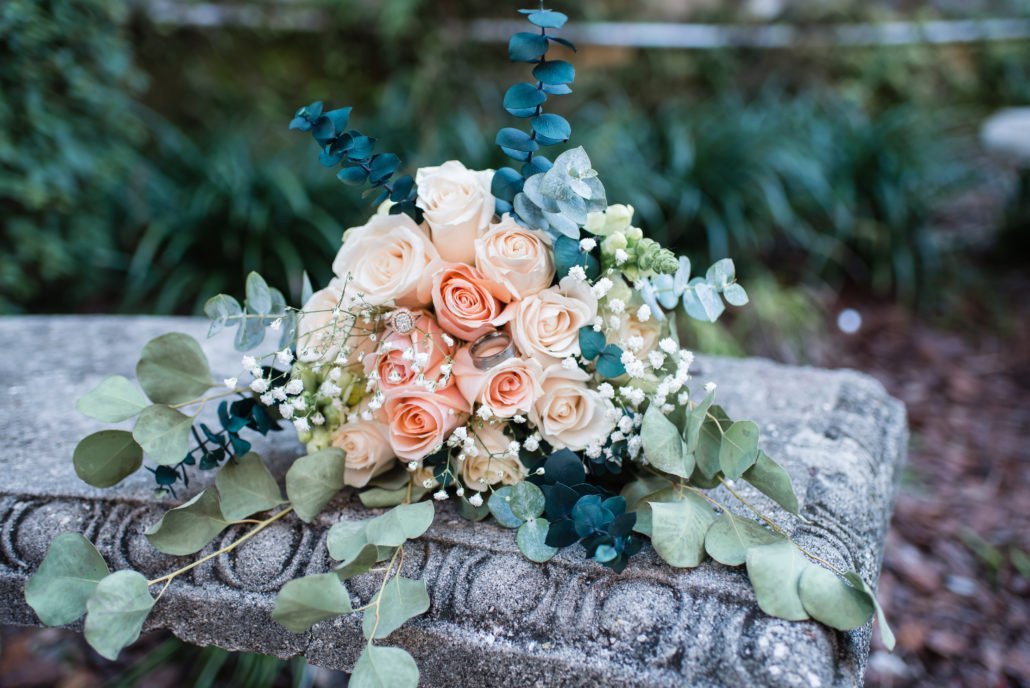 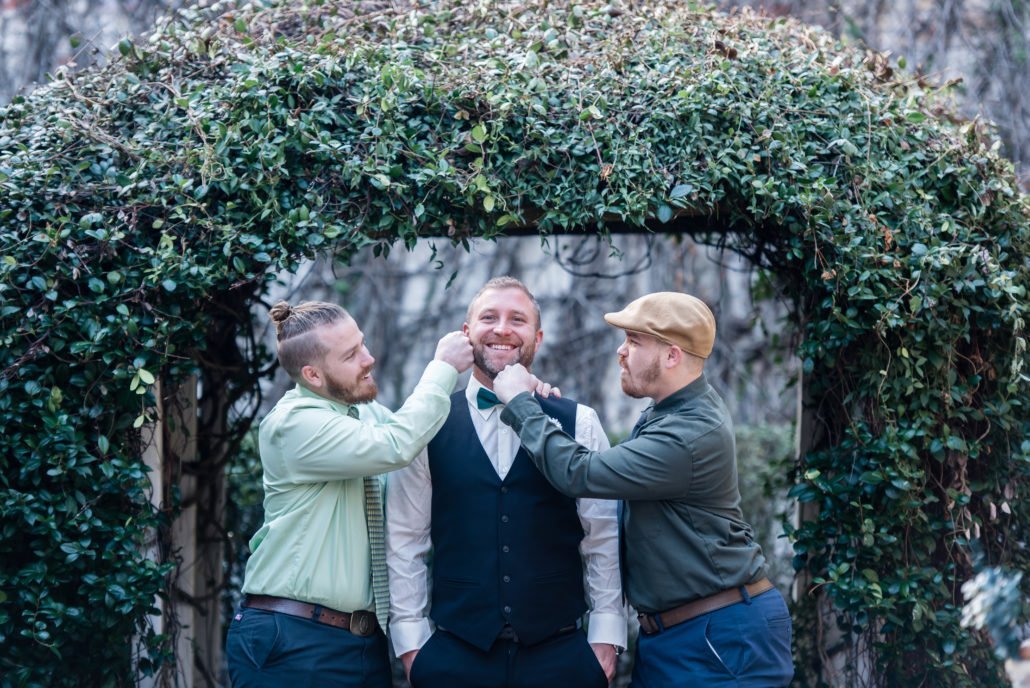 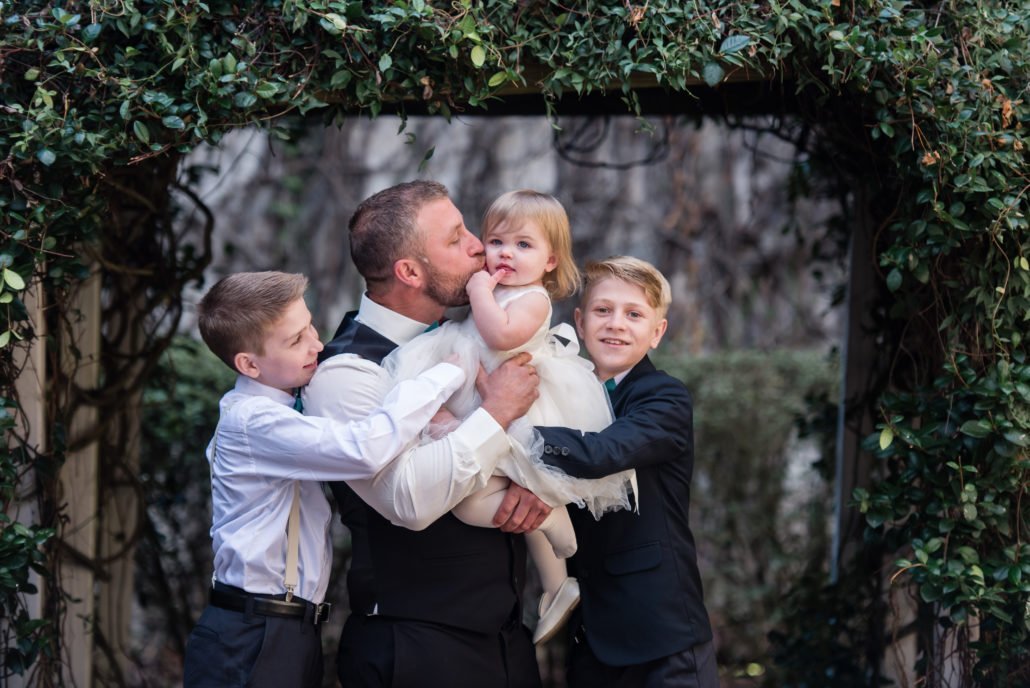 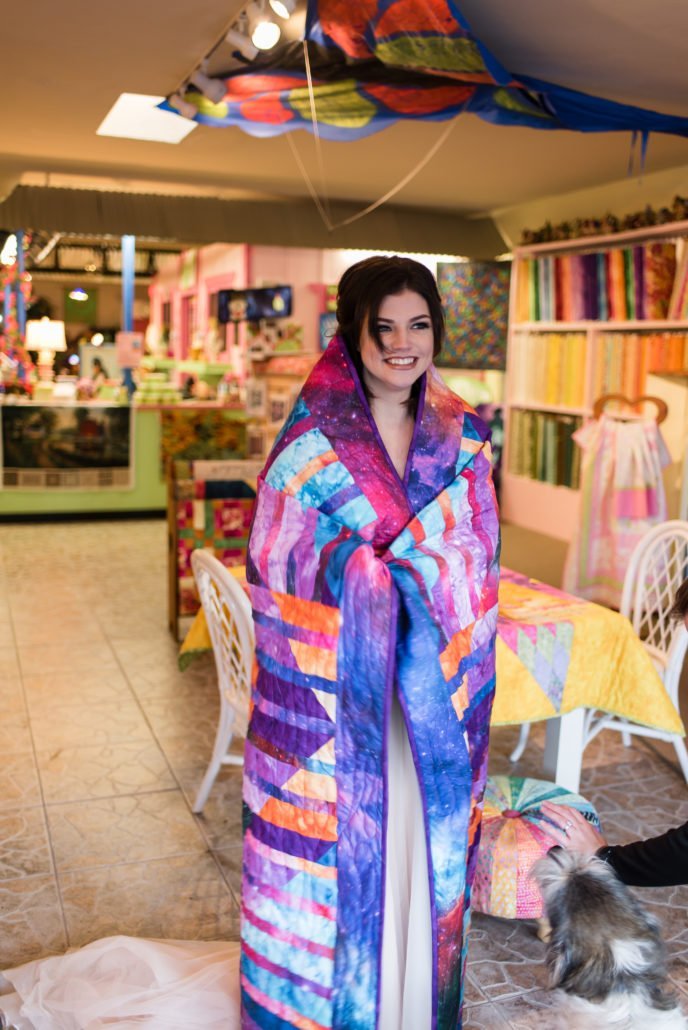 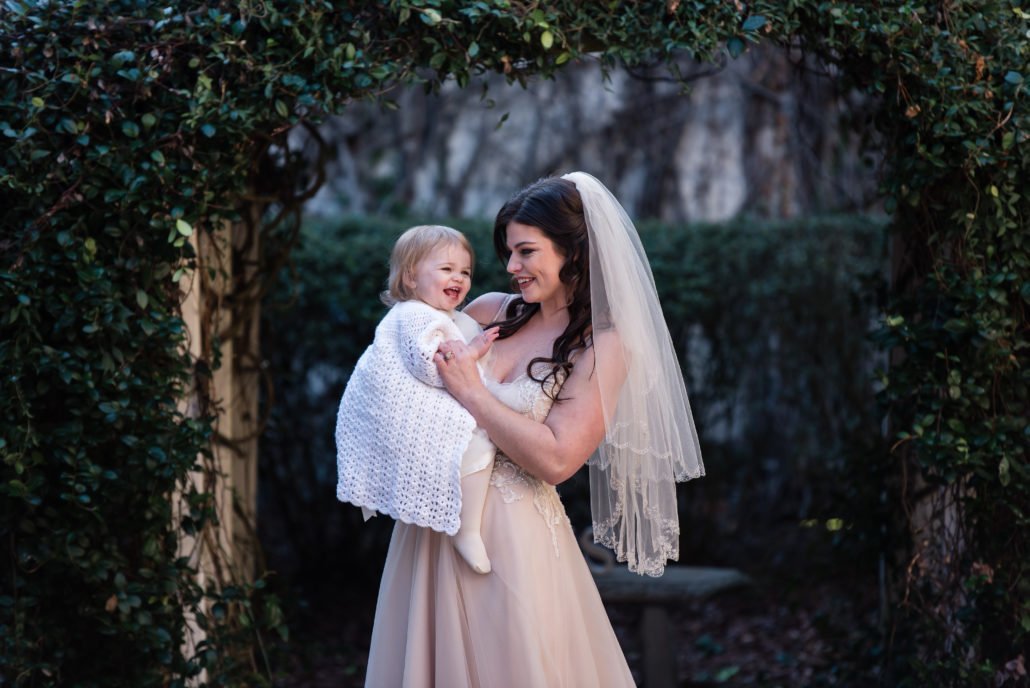 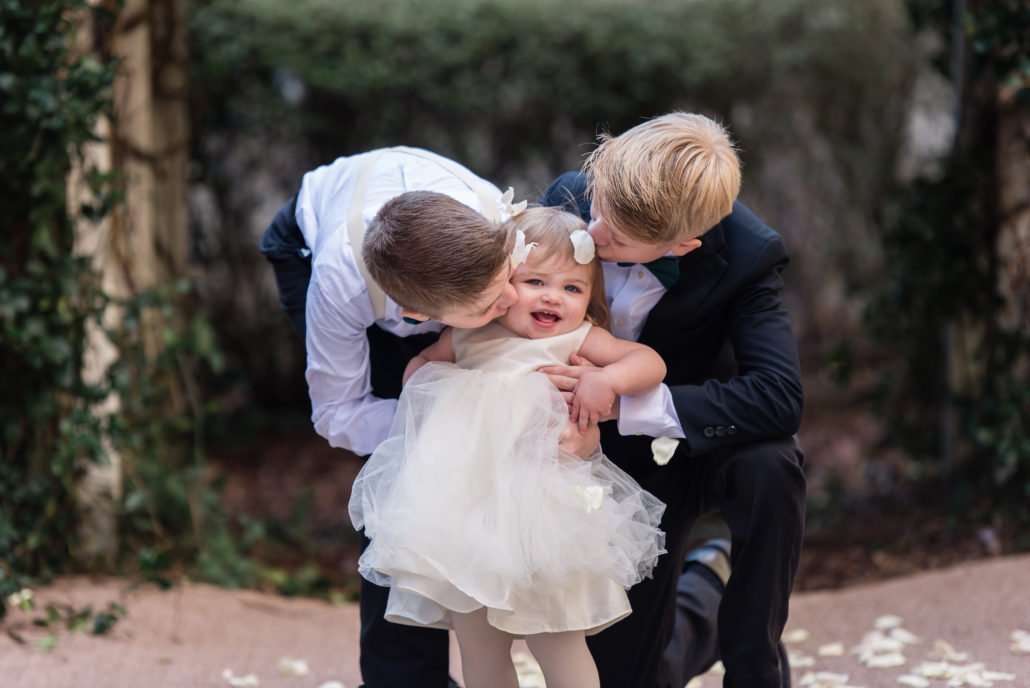 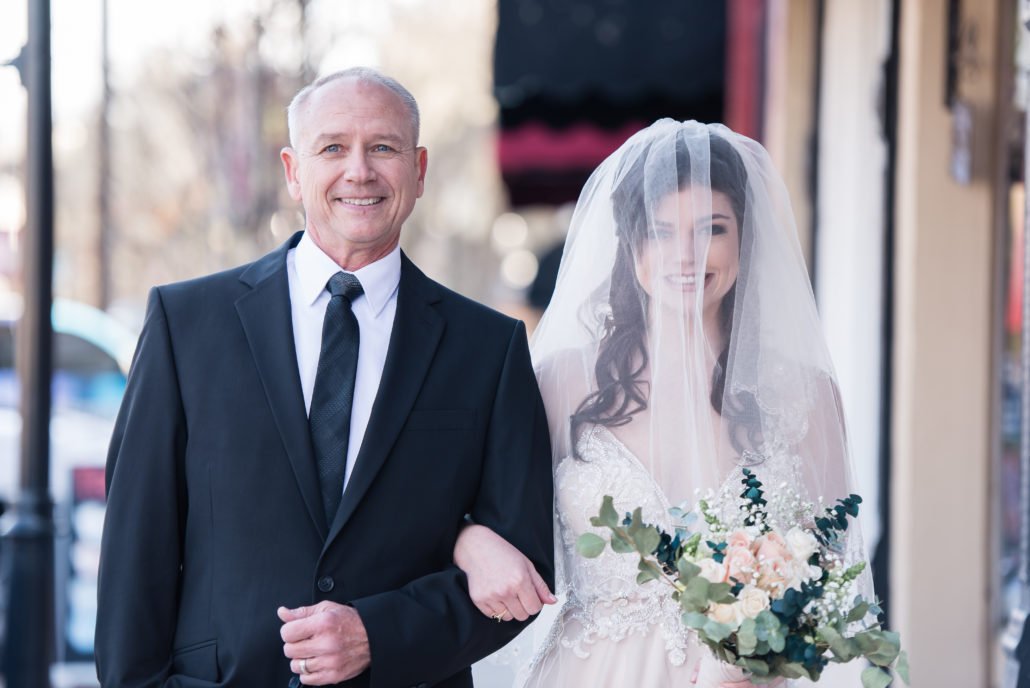 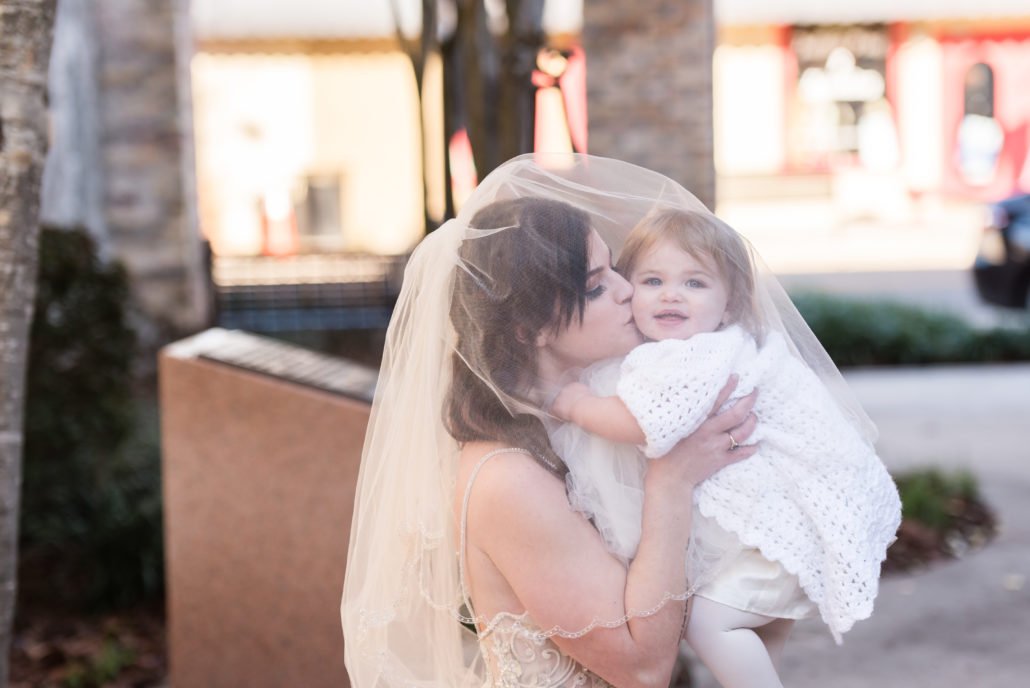 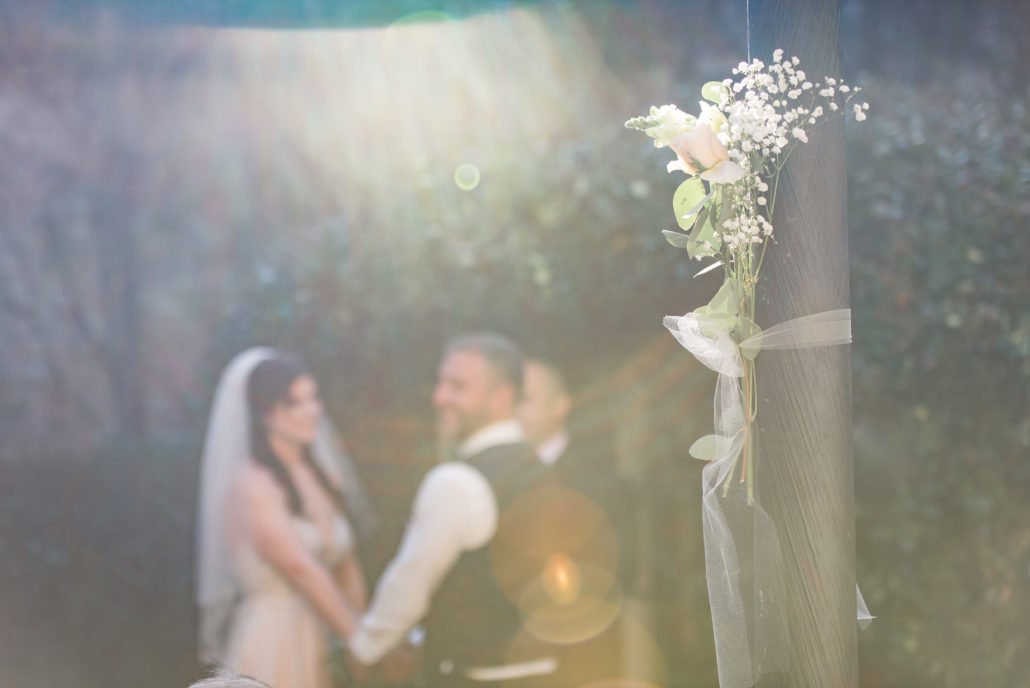 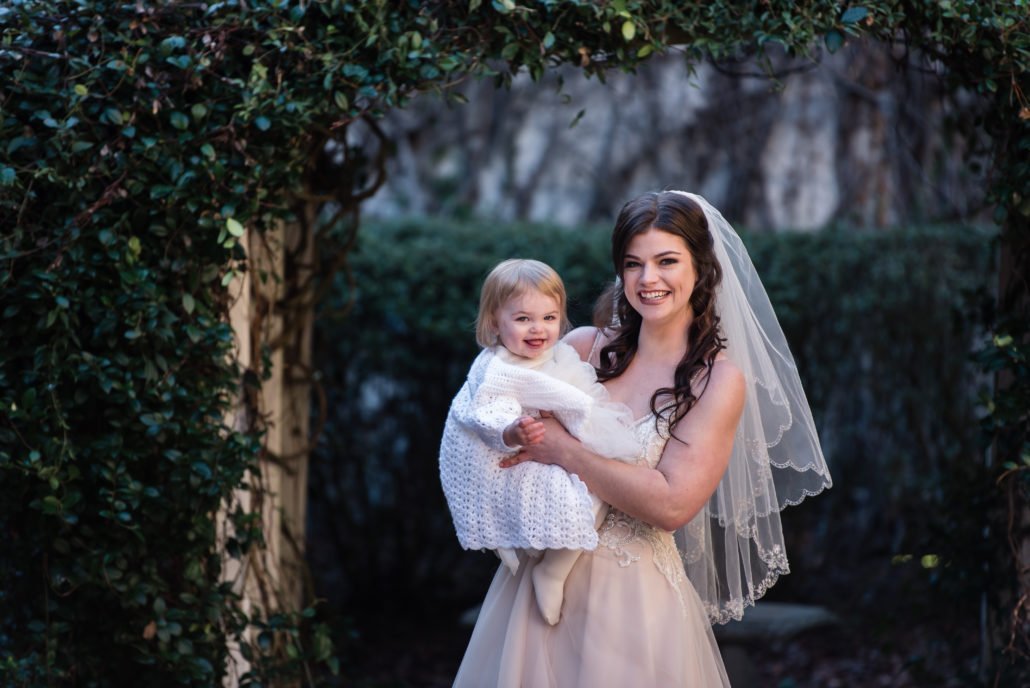 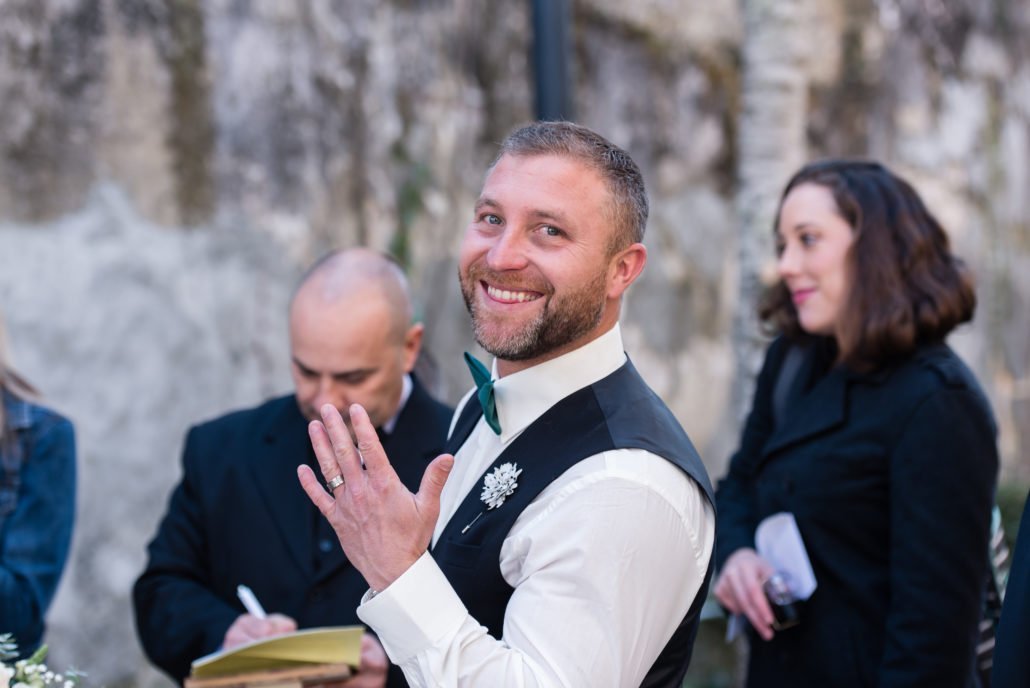